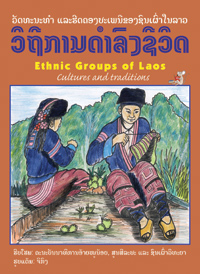 Laos is the home of many ethnic groups. The Khmu are believed to have been the first people to settle here, and are the largest ethnic minority. The Hmong, today, can be found in many parts of the world, but a large number still live. According to the government's census, 49 ethnic groups live in Laos.

In many rural villages, people still maintain the traditions and practices of their ancestors. Here is an introduction to the customs and traditions of some of these groups.